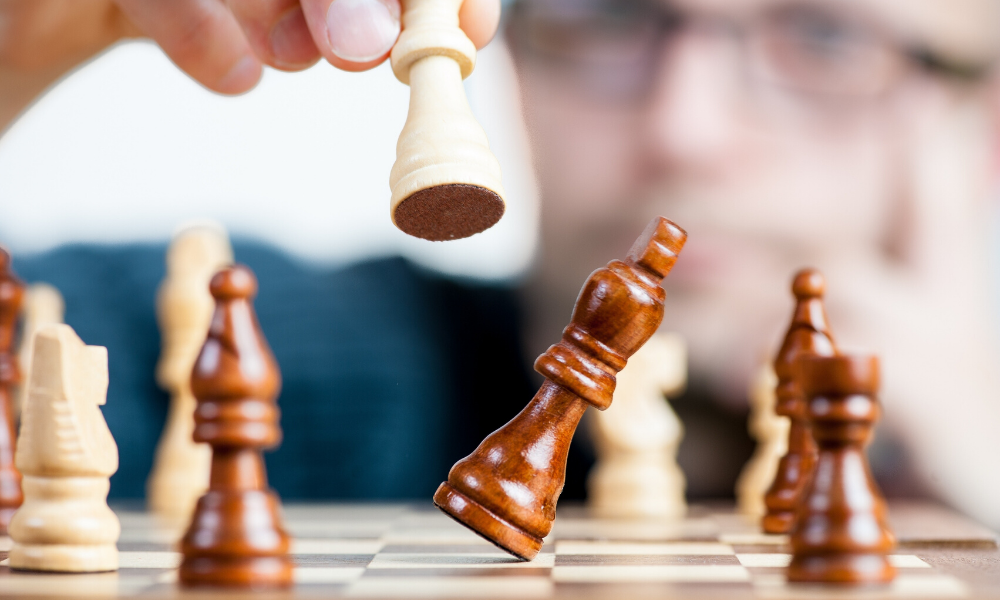 The Healthcare Leadership Academy is hosting its annual conference this year on 12th December 2019. In the run up to the conference, The HLA and Medics.Academy have come together to produce a series of blog posts, some in collaboration with student publications from across the country. This week, Medics.Academy’s blog manager, Anna, introduces the series, and explain why we feel collaboration beats competition.

During my preclinical studies, I struggled to learn the effects of the sympathetic and parasympathetic nervous systems. No amount of flashcards or pretty diagrams would get the different effects on each system to stay in my head. As I grew frustrated, I changed tack: I started to conceptualise these physiological responses as products of an evolutionary process that had, over millions of years, been honed to help humans compete. If I were transplanted back in time, I asked myself, how would this response help me to outrun the next slowest human, so they got eaten by the sabre toothed tiger rather than me? Thinking about competition helped me to untangle the sympathetic from the parasympathetic. After all, in evolution, as in modern life, it’s ‘survival of the fittest’ – only the strongest and most powerful can advance, right?

I learnt later that this is a common misinterpretation of the phrase. In fact, the term ‘fittest’ refers to those who are best adapted to the environment, not the most powerful. And whilst thinking about competition helped me through my first year exams, it is not competition alone that has made us human. We do see the effects of competition on our anatomy and physiology; but being human is not simply maintaining homeostasis. So much has come from our ability to collaborate that has irrevocably shaped who we are, both as a species and as individuals.

Collaborative business relationships between those that previously might have been seen as rivals has become so widespread that it has its own term – ‘coopetition.’ It’s thought that these relationships can expand markets, and create new relationships that might lead to higher profits for both parties. Even companies as big and successful as Amazon have developed coopetitive relationships for this reason.

In healthcare, too, collaboration, particularly between the health sector and other industries, is a goal. Multisectoral collaboration is embedded in the WHO’s Sustainable Development Goals. By collaborating, sectors are able to share a huge resource – the knowledge and experience of their workforces.

Of course, these collaborative relationships aren’t always productive, and some break down. Research is still working on assessing large collaborative projects to identify which factors are most important in ensuring the mutual beneficence and sustainability of such partnerships. But there is increasing recognition that collaborating is a productive method of working.

That’s why this year, The HLA and Medics.Academy blogs have come together to pool our resources with some of the UK’s biggest student publications, to produce this mini-series.

Mentioning the project to an acquaintance, I found myself faced with their surprise at my view that teaming up with student healthcare publications – some of whom have their own blogs, that directly compete with those of The HLA and Medics.Academy – would be beneficial for all parties. “But they’re your rivals!” they exclaimed. Not so – they are other people, many of them medical students like myself, who want the same things I do. They want a healthcare environment that develops and nurtures those who work in it, as well as providing excellent, safe patient care, with the ultimate goal – at the risk of sounding trite – to make the world a better place.

Working on this project has cemented my belief that, under most circumstances, we truly are better together. Through my conversations with authors, I’ve learnt about exciting projects that are happening outside of my current networks, some of which I would never have otherwise. I’ve made connections with people I never would otherwise have known, and I’ve flexed the networking skills I’ve learnt as a Medics.Academy Fellow, adding to my personal development.

So next time you’re nervous, and your heart races, or the hairs rise on the back of your neck – your sympathetic nervous system kicking into action – remember that ‘survival of the fittest’ means the survival of those who are best adapted to the environment. In the dynamic, constantly changing world of modern healthcare, collaboration, rather than competition, can be how we achieve adaptation.

We hope you enjoy our blog mini-series, and hope to see you at The Healthcare Leadership Academy Conference, held 12th December 2019 at Amnesty International Headquarters. If you’d like to work with us on a blog piece in the future, get in touch with Anna at anna.harvey@medics.academy.

Anna Harvey is a final year medical student and Medics.Academy Fellow. She is interested in women’s health, education and journalism. You can find her tweeting about writing, music and running at @a_c_harvey

How We Joined the WISE Accelerator